One of the advantages of having a new baby is getting to stay home from work for a while.

One of the disadvantages of having a new baby is….having to stay home from work for a while.

Now don’t get me wrong.  I fell in love with my little cherub (who is now 17) the instant I held her in my arms.  However, after several months of wiping up drool and poo, my longing for adult interaction as well as the need to pay the bills led me to the classifieds to look for a job.

As luck would have it, a local community hospital had an opening for a part-time public relations specialist - and my experience seemed a textbook fit.  What’s more, the hours were perfect!   Spend Monday at home cleaning my daughter's poo - work on Tuesday, Wednesday, and Thursday - go back to drool and poo on Friday!

With determination, I squeezed my swollen, post-pregnancy pounds into my best pre-pregnancy suit, wowed them with my charm and…I got the job!

Several weeks into my tenure, my co-worker Alice* came running out of her office, bursting with news.  Seems that our tiny hospital had secured the exclusive rights to place a full page advertisement on the back cover of the local yellow pages phone directory. 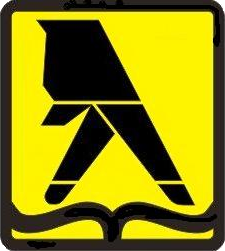 Popular in the Paleolithic Era, yellow pages directories were used as a primitive means of looking up the phone number of a person or a business.  During this era, nearly everyone relied on the yellow pages. Residents kept this four-inch thick book within arm's reach, ready to look up the number for their daughter's soccer coach or to order a large pizza with pepperoni.  Sure, it would cost a small fortune, but if our hospital had a full color ad on the back cover, that meant that just about everyone in the county would have the number of our physician referral service within arm's reach!

I stayed out of their way, letting the women who had far more experience make these important decisions.

Finally, a seemingly perfect ad made it's way out of the hospital and into the hands of the representative from the yellow pages directory.

End of story.  Or so I thought.

Three months later, all the residents in the county received their coveted copy of the yellow pages directory. That's when the proverbial "poo" hit the fan.

I walked into Shirley's office, and saw, to my surprise, that this woman who I greatly admired was sitting at her desk....crying.

Fearing for the safety of her husband or children, I cautiously asked her what had happened.

"Lisa, if this wasn't so tragic it would actually be funny," she replied, leaving me more curious than ever.

"There was a typo in the yellow pages ad," she said, bowing her head in shame.  "The phone number is wrong."

Seems that, while my co-workers had painstakingly anguished over the logo and the font, nobody had bothered to check something as mundane as the accuracy of the phone number!

But wait.  It got worse.

So when 75-year old Ralph Jenkinson called to find a doctor who could treat his cardiac arrhythmia, he was greeted on the other end of the line by "Destiny Bambi" who offered to show him just how irregular his heart could beat!

Convinced they would be fired by the end of the week, Shirley and Alice struggled to no avail to contain the story.  Despite their efforts, somehow the local newspapers caught wind of our teensie weensie typo, which resulted in headlines like the following:

MD Callers Get Phone Sex Instead

Not merely content to shame the hospital for this innocent error, the newspapers decided to include the now infamous phone number in all of their articles, giving county residents who by some small chance had not seen the phone directory, a sure fire way to have a friendly chat with Ms. Bambi.

Being the newest member of the Public Relations Department, responding to the continuous, incessant calls from individuals who wanted to let us know about the error fell on my shoulders.  Some were polite, some were comical, while other were downright mean, accusing me of personally corrupting their teenage children who had, of course, dialed the number.

Shirley managed to negotiate a deal with the owner of the phone sex hotline. They sold the rights to the number to the hospital, and within a week, callers looking for lust were out of luck, as the number now connected directly to the hospital's physician referral service.

Shirley and Alice did not lose their jobs, and the c-suite executives (all men) had a good, hearty laugh over the incident.  Last I heard they had hired Ms. Bambi to work in - you guessed it - Public Relations!
(Just kidding)

*I changed the names in this story to protect privacy because even though this incident happened 17 years ago, Shirley and Alice would not be very happy if I revealed their true identity.

If you like my stories, please tell me in the comments sections below.
Posted by Lisa Gradess Weinstein at 9:41 AM 6 comments: