My husband Bob and I first enrolled our daughter in day camp at the tender age of six. While we were thrilled with the prospect of our offspring learning to swim, play softball, and create arts and crafts projects for display in my office, Melissa did not share our enthusiasm.

My cherub would have preferred to spend July and August taking advantage of one of the most important inventions of modern times (air conditioning). However, we had no choice. Bob and I both held full-time jobs, and full-time sitters were hard to find.

So my daughter suffered for seven long summers before we finally lamented. As a middle school student, she had matured far beyond the age where we could force her to board the bus for camp. Yet passing the time between seventh grade's end and the start of eighth by staring at the TV was simply not an option.

Enter an unlikely advocate in our quest for a more meaningful summer....Melissa's history teacher. When not spending his time educating apathetic adolescents about ancient Egypt, Mr. "D". served as Director of a summer drama camp production of The Music Man....and Melissa's friends couldn't wait to audition!

My daughter's excitement evoked memories of my senior year in high school when I joined the ensemble cast (despite my lack of ability to sing or dance) of an obscure musical called "The Boyfriend".  The experience earned its place among the best of my teenage years, and I couldn't wait for Melissa to capture that feeling.

I became a member of a diligent group of "Drama Mamas" who supported the show by selling ads in the program book, constructing the set, and staffing the refreshment table during intermission.

Forced to dress in early 19th century garb and placed unceremoniously in the back behind dozens of more experienced actors for every ensemble scene, Melissa nevertheless embraced the adventure and couldn't wait for more!

During 8th grade she earned the title of "Maid" in her middle school production of Annie, and as a high school freshman, she rocked out as part of the cast of Footloose.

But the pinnacle came during her sophomore year when her school took on the ambitious task of performing the classic broadway musical, Les Miserable.

When Melissa shared this exciting news, I admit to feeling a small amount of skepticism. How could a group of teens pull off such a powerful, professional musical where the entire story is told through song?

At the end of the day, the director of Les Mis cast her as a girlfriend of one of the students. It gave her the chance to showcase her beautiful voice as part of a group of young ladies singing a sorrowful melody about the sensesless loss of life of the young, idealistic students turned soldiers.

All told, Les Mis broke records for the high school's show. Each of the six sold out performances found the cast bowing to thunderous applause by an audience on their feet in awe and admiration.

In her junior year,  Melissa joined the ensemble cast of Oklahoma, another chance to share the stage with the castmates and crew who had become the closest of friends.

Fast forward to February 27, 2016 when the curtain closed on the school's final performance of the fun-filled, whimsical Disney classic, Peter Pan.

It was the last show.

The last school show for the seniors who have evolved into incredibly talented actors and actresses in their own right, many of whom will go on to study musical theater in college.

The last school show for the moms and dad who spent countless frigid evenings waiting in their cars for their kids to emerge from late rehearsals.

The last school shows for the moms and dads who helped their kids learn their lines and practice their songs.

The last school show for the moms and dads who sold candy, built sets, and bought tons of tickets for relatives far and wide.

The last school show for the moms and dads who came to every performance, who watched with delight and wonder for that shining moment when their child took the stage - no matter how large or small the part.

The last school show for the moms and dad who supported, invested, and loved the experience with a passion that riveled that of their kids.

Next year at this time I am sure that Melissa will come home from American University in Washington, DC where she'll be studying communications and public relations. I'm sure she'll want to see the school show, and there's a chance I might go see it too.

But it won't be the same.

It will never be the same.

For the show has ended...and it's time to move on.


If you like my story, please tell me in the comments section below.

Posted by Lisa Gradess Weinstein at 10:21 PM No comments: 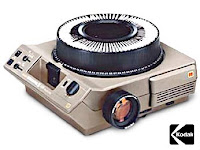 If you like my stories please tell me in the comments section below.
Posted by Lisa Gradess Weinstein at 7:11 PM 2 comments: