Ah, the Junior Prom. (Or as my daughter Melissa's school calls it -  the Junior Dinner Dance.)

That exciting right of passage where teenage girls - in true Disney Princess style - glow in their floor length gowns as their tuxedo-clad Prince Charmings (AKA - teenage boys) escort them to "The Ball"!

Months and months in the planning, the day of the Junior Dinner Dance (JDD) had finally arrived! We woke up full of excitement, looked out the window and were greeted by the beauty of the first day of spring. 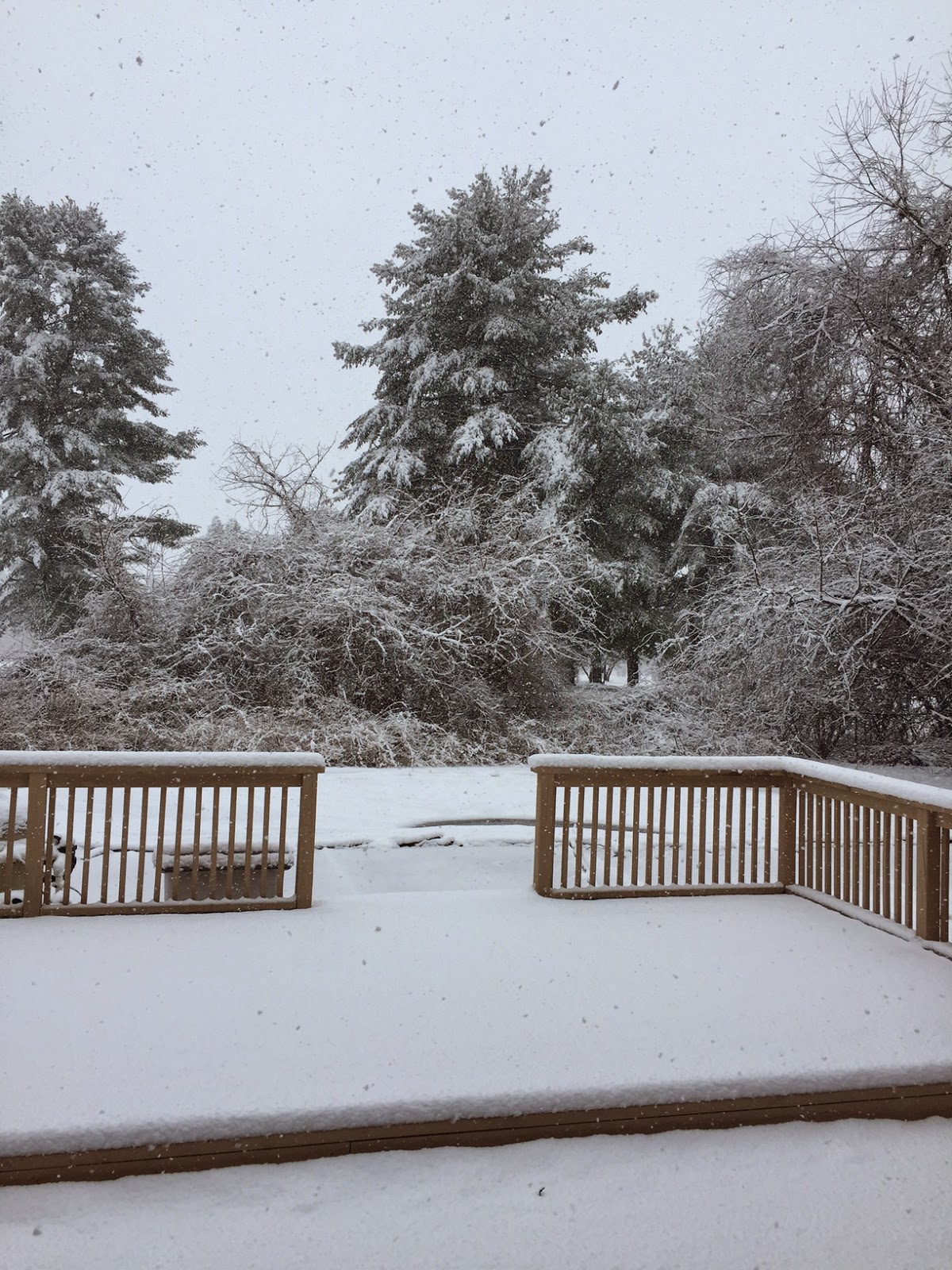 A chance of flurries, they said.

It will probably change to rain, they said.

Nothing to worry about, they said.

There's no way this will turn into a major storm, dump six inches of heavy white stuff on the Philadelphia area, cause power outages, and nearly cancel the prom.

But wait, I am getting a bit ahead of myself.

Melissa and her friend Gabby were scheduled to begin the "Princess Transformation Process" at our house at 1 pm.  First hair, then make up, then gowns, then shoes, then off to their friend Lena's where nine couples (and 18 sets of parents) were planning to gather for the obligatory pre-prom pictures.

However, nine couples and 18 sets of parents had not counted on winter extending its fury into the first day of spring.

How were the "Princesses" going to walk in their gowns and  "Glass Slippers" when the scene outside our window looked more like Siberia than suburban New Jersey?

I proposed a solution. The girls would complete their hair and make up at our house, wear jeans and snow boots to walk to the car, then put on their gowns upon arrival at Lena's.

In the morning, Lena's mom sent out a frantic email to all of the parents, begging them to bring golf umbrellas to cover our "Princesses" - lest even one snowflake fall onto their hairspray-infused heads.

I ran to the drug store, parted with $25, and ran out with an umbrella large enough to cover the population of Rhode Island.

By the time I arrived home, everything in sight had disappear under a thick blanket of the forecasted  "light flurries", including the path that the "Princesses" would need to walk from the front door to the car.

I grabbed a shovel and set to work.

In the meantime, the two "princesses-to-be" were surrounded by curling irons, combs, brushes, bobby pins, hair spray, blush, eye shadow, foundation, lipstick, and my curious cat who stuck his nose into everything, much to the girls' chagrin.

Fearing that the ten minute drive to Lena's might take much longer due to the storm, I hurried the girls along, hoping they could achieve perfection 15 minutes ahead of schedule.

But the storm has one more trick up its sleeve.

The thick snow was wrecking havoc on our township's power lines.

But it didn't matter. Electricity was no longer needed.  These two Princesses had, indeed, achieved perfection! 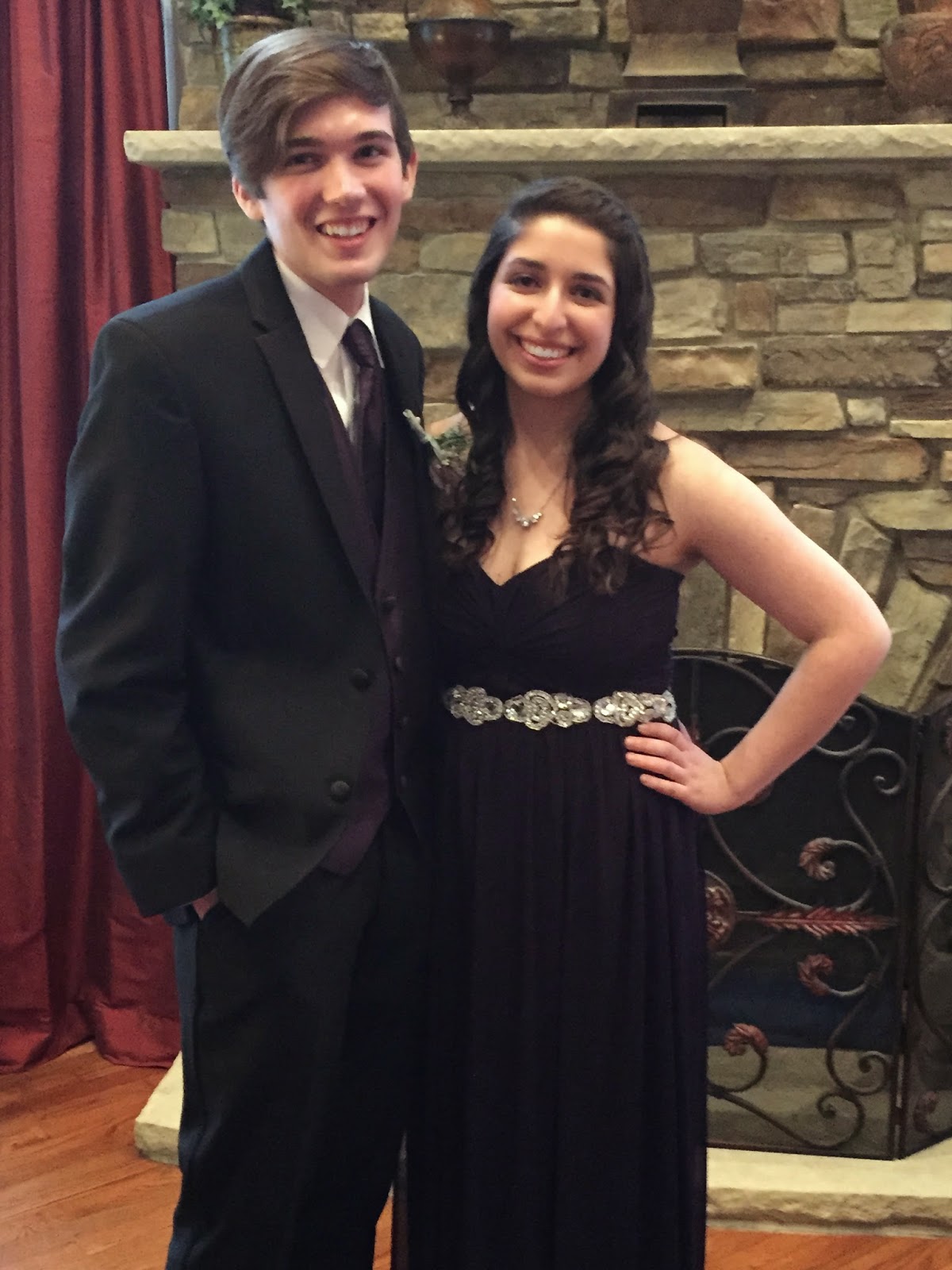 At Lena's, a professional photographer captured the beauty of each Prince and Princess as the proud parents snapped away with their iPhones. Suddenly, every mom and dad heard the familiar tone alerting them to an incoming text - from none other than the principal of the high school.

The JDD had been postponed from 7 to 8 pm, explained Mr. Principal. However, if road conditions did not improve, he would seriously consider cancelling.

Eighteen teenagers and their parents let out a collective groan.

An hour later, Mr. Principal texted again. The snow had turned to rain, roads were getting better, and my "Cinderella" would finally get to go to the ball.

Or so we thought.

Eighteen sets of parents had all agreed to share the cost of two limos to provide round trip transportation for the kids.... limos that should have been parked outside of Lena's home.

Finally, the driver turned onto the street, blaming the storm for his delay.

One by one, each Prince and Princess, a golf umbrella in hand, cautiously made their way through the slush and snow and climbed into the limo.

Crisis averted?  No. Not yet.

Eighteen sets of parents watched with baited breath as the limo driver tried again and again to back out of the steep, snow-covered driveway.

Finally, he made it onto the street.  Eighteen Prince and Princesses were off for the time of their lives, while eighteen sets of parents breathed a collective sigh of relief.

*In honor of St. Patrick's day, I am sharing a post that originally ran in March, 2012.  I have made some minor edits to the original post.

For my teenage daughter Melissa, St. Patrick's Day marks the anniversary of her "terrifying" encounter with a leprechaun.  Step back in time with me, if you will, to March 17, 2007.  When the aptly-named third grade teacher Miss Green (I am not kidding) read stories about these fabled, feisty Irish fairies to her young charges, Melissa and her friend Sarah became determined to actually catch one of these mischievous munchkins.  Even though leprechauns have outwitted generations of trap-setting Irishmen, two  nine year old girls were convinced that they, and they alone, would succeed! 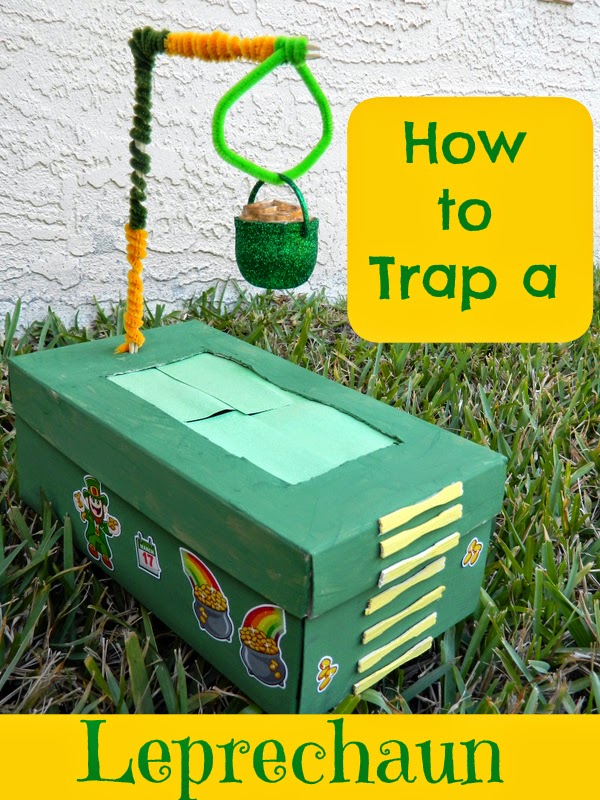 As for the leprechaun (AKA - Mom) instead of placing the newly found "gold" in the pot at the end of the rainbow, she stuffed the coins were into the bottom of a sock drawer, never to be seen again...or so we thought.

This year, as St. Patrick's Day approached, Sarah called Melissa and invited her to a March 17th sleepover. Seems the girls want to relive the past, treasure the memory, and just maybe, reenact their terrifying showdown with the leprechaun.

Perhaps they're not quite so ready to grow up after all!

"Like" my blog's Facebook page by clicking the link at the top right side of this blog!

Comments and feedback are encouraged and welcome.

Posted by Lisa Gradess Weinstein at 11:28 AM 3 comments: