It's Hard to be "Different"

It's been a difficult week.

Heck, it's been a difficult summer.

One can barely wake up without hearing about violence, murder, racism, anger, pain.

If this summer has proven one thing, it's that it's hard to be "different".

And by different I mean someone who sees themselves as not part of the majority, either because of skin color, religion, ethnicity, language, disability, sexual preference, gender identity, body shape.... I think you get the idea.

When you identify as different, people treat you as different. Even if their treatment is subtle, and meant without harm.

It reinforces what you know and feel.

Many years ago, my now college-age daughter Melissa accompanied a friend and her aunt on a summer outing to a book store. They were in their elementary school years, perhaps eight years old.

Melissa came home from the outing with a brand new book, a gift from her friend's aunt.

My daughter showed me the book, and I suspect my expression mirrored her thoughts.

"Mom," she asked? "Why did Jennifer's aunt buy me a book about Jewish holidays?"

Did Jennifer's aunt intend any harm by giving Melissa that book?

Did she purchase the book out of generosity and kindness?

So why did her actions rub me so wrong?

It would never occur to me to buy any of my daughter's non-Jewish friends a book about their holidays. So why did this woman feel compelled to gift that book to Melissa, who became aware of her minority status as one of the few Jewish children at school at quite a young age. While my daughter has always been proud of her religion, as an elementary school student she sought to avoid being labeled as "The Jewish Girl".

She merely wanted to fit in.

But through the seemingly simple act of buying my daughter a book about Jewish holidays, the woman considered Melissa to be Jennifer's "Jewish friend."

She subtly labeled her as different.

And that label caused my daughter to question the gift, instead of embracing the women's kindness.

Yet, unlike Jennifer's aunt, not all subtle forms of labelling are filled with good intentions.

I speak of the callous board member who, during budget negotiations, uttered that horrible phrase "Jew em down", while unaware a Jewish employee sat in his midst.

I speak of the hospital volunteer who, unaware of my religion, complained how the Jewish patients were so pushy and demanding.

I speak of the teenage son of a friend who thought that telling my husband Bob and me jokes about the Holocaust was somehow ok.

I speak of the executive who, momentarily forgetting a Jewish employee sat in his office, sarcastically asked "Do Jews even realize that December 25 is Christmas day?" (Yes, we do.)

But unrealistic stereotypes against anyone who is different can and have led to violence.

In a world where I have long hoped the lessons of the Holocaust will ensure that never again will people be tortured or killed because of being different, I mourn.

I mourn the death of nine innocent people, gunned down by a crazed man hoping to start a race war on June 17, 2015 at the Emanuel African Methodist Episcopal Church in Charleston, SC.

I mourn the death of 50 Orlando souls who were gunned down because they dared to love.

I mourn the death of black males gunned down by the very law enforcement officials who are supposed to protect them.

I mourn the death of five innocent Dallas police officers, gunned down in a senseless act of retaliation.

I want to take action. I want to stop the violence. But I'm at a loss of what to do. Blogs and Facebook posts seem hardly enough. Prayers can only go so far.

Perhaps I'll lend my time and talents to a non-partisan organization that seeks to make the world a better place. I welcome suggestions from my readers. 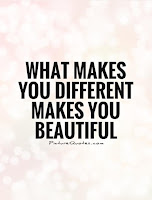