The Fire at the Jewish Community Center
*When this incident happened two years ago, my initial fear was that this was a terror attack against our local JCC, and that my daughter was in the midst of it. In light of the more than 50 bomb threats that have been made against JCCs across the country since the start of the year, I thought it was an appropriate time to run this piece again. It has been edited slighlty from the original.

Two years ago, as vice president of her local B'Nai B'rith Girls Jewish youth group, my then 16-year old daughter Melissa could often be found  co-leading chapter meetings or lending her creative skills to a committee of teens planning a calendar full of special events.  And so it was on a Thursday evening that I found myself, once again, on my way to the neighborhood Jewish Community Center (JCC) where the meetings are held, ready to fulfill my end of the carpool bargain to drive Melissa and her friend Gabby home.

With an Olympic-size indoor poor, comprehensive fitness complex, a preschool, a conference center, and dozens of classrooms, the JCC is an impressive facility used by hundreds of people, both Jewish and non-Jewish alike, on any given day.

Arriving early as I usually do, I loitered in the lobby, flipping through some brochures to pass the time until the meeting ended.

I didn't pay much mind to the middle-aged man who walked through the lobby following his workout, until he paused in front of the information desk and announced that he smelled smoke.

To verify this seemingly odd claim, I took a deep breath and, indeed,  inhaled the distinctive odor of a recently lit match.

The elderly woman at the information desk called security, her nonchalant manner demonstrating no sense of urgency, no indication that she had detected the ominous scent that now permeated the entire lobby.

My thoughts turned to Melissa!

I know from experience that my daughter tends to linger a bit longer after the official chapter meetings have ended, taking advantage of a few moments to debrief with the other board members. However, as my mind began to make sense of the impending danger, I determined that on this night there would be no such lingering....I had to get her out of the building!

I propelled my out of shape body up the stairs faster than I thought possible.  Here, the smell of smoke became noticeably stronger, leading me to the incorrect conclusion that the fire had started on the second floor.

The floor that played host to my Melissa and her unsuspecting friends!

I raced down the hall, becoming more and more frantic with the passing of each packed classroom. Finally, when I arrived at the far reaches of the second floor corridor, I burst through the door,  an emotional wreck of a mom, ordering Melissa and her friends to evacuate.

"The building is on fire!" I screamed.

They didn't need to be told twice.

Together we ran toward the stairs, banging on classroom doors as adults and teens alike poured into the hall, all striving to reach the safety of the fresh air that beckoned from beyond the building's front doors. 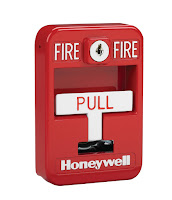 Smoke continued to fill the corridor.  As Melissa and her friends descended the stairs, the fire alarms finally began to reverberate throughout the building, providing proof positive to anyone who doubted the danger that they needed  to GET OUT!

We tore through the lobby, only to witness a JCC employee attempting to calm the masses, assuring everyone that the fire had been extinguished and they could come back in.  Not wanting to take any chances, I yelled for Melissa and her friends to ignore this attempt at reassurance and to keep going!

Shaken, but unharmed, Melissa and Gabby followed me to the car, where, during the drive home, we wondered aloud what had started the fire, and if the building had gone up in flames.

Fortunately, it had not.

1. What started the fire?
2. Why did it take so long for someone to activate the alarm?
3. Why did an employee tell people it was safe to return to the building, when the large facility was still filled with toxic smoke?

The next day I called the JCC, expressing my disappointment at how the staff had handled the emergency.  A senior member of the JCC's administration listened to my call with grave concern. Tucked away in a board meeting in one of the classrooms on the second floor, he too, had born witness to the events of the previous evening.

I shared with him the deep-rooted fear that had gripped me since the night before, since I had raced up the smoke-filled stairs in search of my baby. During those tense few moments, only one thought filled my mind - that this was a terror attack, and the name of my innocent daughter would blare across the next day's headlines as the victim of yet another anti-semitic hate crime.

My fears, though fortunately unfounded, were not without reason. After all, the reports of a self-proclaimed neo-nazi who killed three people at a JCC in Overland Park, Kansas were still fresh in my mind.

The fire had started on the first floor in the preschool kitchen, and had indeed, been extinguished almost immediately. However, the JCC executive agreed that the alarm should have been pulled the moment the flames had sparked, and that nobody should have been allowed back inside until the fire department - not a member of the staff -  gave the ok.

He assured me that the JCC would use the fire as a terrifying wake up call for much-needed emergency response training so that if smoke fills the halls because of a small kitchen fire - or if flames occur as a result of a something more sinister - the staff will know what to do.

And now, two years later, the threat has become even more real...and even more terrifying. Since the start of 2017, there have been 53 bomb threats made against JCCs in 26 states, as well as extreme vandalism to to Jewish cemetaries in St. Louis and Philadelphia.

I am at a loss for words to explain the bomb threats, or the antisemitism behind them. All I can do is provide education and awareness and hope that good will, eventually, prevail.

If you like my stories, please tell me in the comments section below.