Nearly 15 years later, Bob and I turned our car off the highway and wound our way through the rolling hills of the rural, central Pennsylvania landscape enroute to the tiny town of Shanksville, population 245. 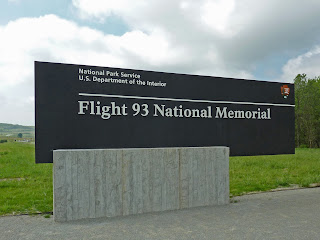 *This post was originally published on September 11, 2016
Posted by Lisa Gradess Weinstein at 7:19 AM