It's the same cycle.

1. Innocent people die in a mass casualty incident.
2. Politicians send their thoughts and prayers.
3. The news media shows horrific video from the scene of the crime.
4. People express their outrage through social media posts.
5. Advocates for common sense gun control and advocates for gun rights get into
heated debate.
6. A couple weeks go by, people go back to their routine.
7. No action is taken.
8. All too soon, it happens again, and the cycle is repeated.

In the meantime, nothing is done to stop the senseless injury and death of countless innocent people.

I repeat. NOTHING IS DONE!

Through my proposal, I hope to change apathy into action by recommending we finally do something about the epidemic of mass casualty incidents in the United States. And, my recommendations do not call for a ban against guns.

Discover common ground
The first proposed step is to bring people on both sides of the gun debate together who have one thing in common, none of them want to see innocent people die from a gunshot wound.

1. Implement a Mass Casualty Incident Task Force made up of the following:


2. Commision a non-partisan, objective study of mass casualty incidents
over the past 10 years, identifying common themes, including:


3. Commission a non-partisan, objective study to determine if there is a correlation between the incidence of injury and death due to gunshot wounds and state laws on gun purchases.

4. Create a task force of law enforcement professionals at the local, state, and federal level to implement strategies to deal with illegal gun trafficking.

5. Create a toll-free, anonymous hotline to encourage people to report potential threats of violence. Similar to the "If you see something say something" campaign. For example, if someone hears a friend, neighbor, or coworker talk about shooting someone or blowng up a building, take it seriously and anonymously report it. Or, if someone receives personal threats to their safety from someone they know, take it seriously and report it.

6. Respond to these reports by monitoring the potential offender's actions; obtaining a warrant to search the offenders home, vehicle, emails, and social media posts; and alerting the offender's family, friends, and coworkers.

8. Implement and enforce laws that make it a felony to threaten someone with violence.

9. Develop training tools to teach people how to respond if they are involved in a mass casualty incident. (hide, flight, or flee)

10. Develop a gun safety curriculum to be used in high schools and colleges to teach students how to safely handle a gun.

11. Conduct a non-partisan, objective study of the current crimnal background check system in place to prevent certain people from purchasing a weapon. Is the system outdated? Does it provide accurate data? Are there system breakdowns due to computer or human error?

12. Work with the military to ensure all offenses committed by members of the military are included in the national background check database.

14. Work with domestic violence prevention and mental health professionals to identify warning sign behaviors that could lead someone to cause a mass casualty incident.

15. Implement a public safety campaign to educate people about these warning signs.

16. Work with law enforcement, mental health professionals, and legislators to determine a way to monitor and/or prevent gun purchases made by those who are in mental health treatment due to threats of harm against themselves or others.

17. Require social media companies such as Facebook and Twitter to monitor social media posts of their users and report posts that contain threats against others.

18. Allow law enforcements officials to obtain a warrant to search a potential offender's home based on threats made on social media.

19. Educate first responders and emergency room physicians and nurses on responding to a mass casualty incident.

20. Determine the feasibility and effectiveness of specific ideas by gathering data from smaller pilot studies conducted at the state and local level (instead of rejecting ideas out of fear, emotion, or intuition) 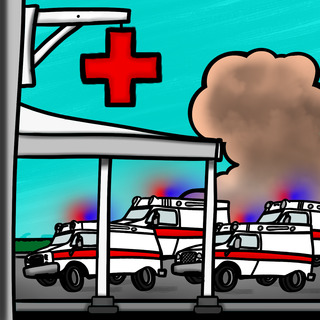 All ideas are appreciated. Please share your feedback in the comments section below, and please feel free to share this post with others who want to save innocent lives.
Posted by Lisa Gradess Weinstein at 9:01 PM